The Fast Draft – Should You or Shouldn’t You? 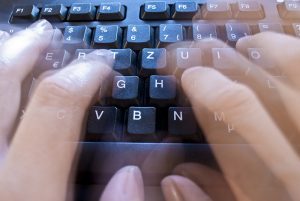 It’s NaNoWriMo and I’m about to start a fast draft (FD) of my next book. For me, the FD seems to be the best way to get a feel and vision for the story.

A fast draft takes about six or seven weeks. And, boy howdy, is it ever ugly. Sometimes when I’m stuck, I write “blah, blah, something here, emotion, senses,” and keep going.

Sometimes I summarize. “She’s standing in the garden wearing red. Looks so brilliant against the snow. The mother shows up at the door.” Then I move to dialogue.

The purpose of this fast draft is pure and simple: discovery.

As I’ve helped other writers, I’ve seen manuscripts with so much potential but the author has no desire to rewrite.

They spent their time honing and polishing—often just the first three chapters for a contest or proposal—and the rest of the story falls apart.

Side note: I highly recommend finishing a manuscript before submitting a proposal or chapters to a contest. I know . . . it drags out the process, but in the end, I honestly believe a complete manuscript will heighten and enhance your chance for manuscript request and publication.

After my first draft, I go back to the beginning and “start over.”

Not completely but I may throw out as much as 50 percent of the original draft. I can hear all the cyberspace gasps.

Here’s why I don’t mind. Because I know the story now. Well, most of it. And the rewriting process is way faster than the draft process.

I layer in hooks and story points I’ve discovered along the way. And the last sentence I write is the FIRST sentence.

Because now I know the theme, the journey of the protagonist, and I can encapsulate it in one intriguing sentence. At least, I hope I can. ’Tis the goal.

In my rewrite, the beginning of the story will change. And usually the middle. I’ll bring ideas and plot points as well as emotional revelations from the last third of the book forward and layer them in.

Fast drafting ensures you’ve discovered all the nuts and bolts, stumbled over symbols and metaphors, discovered a friend or foe among the cast of characters.

After the rewrite, I edit. Then I polish. By the time I submit my “first draft” to my editor, I’ve gone through it four or five times.

Even then, I can’t wait to get back to it and make it shine more.

As you write, keep your story, not a contest, or editor, or agent request in mind. Live with your characters. Talk with them. Pray about them.

An editor once told me her biggest disappointment in dealing with new writers was that when she asked for a complete story, the book fell apart after the first three or four chapters. The author and story didn’t deliver.

Why? Because the end does not measure up to the polished beginning. Threads, symbols, emotion, the poetry of the writing feel apart or were left out because the writer didn’t slow down enough to consider them.

Symbols, metaphors, those “emotional pings” are what really make a story shine.

What’s the benefit of a fast draft?

What’s the best approach for a fast draft? Every writer is different. I encourage you to discover your “best practice.” But here are some of mine.

A rewrite can take anywhere from four weeks to ten or twelve. Depends on how much you need and want to change. Depends on your schedule.

All writing on a novel is valuable. Don’t disdain those rough scenes and bland sentences.

On the first rewrite, you will fix the rough scenes and boring sentences.

On the second rewrite, you’ll fix and polish.

On the third rewrite, you’ll make that baby shine.

Are you seeing the underlying theme? Books are not written; they are rewritten. Make up your mind about it. You must rewrite.

Now, get to fast drafting. And write to THE END! 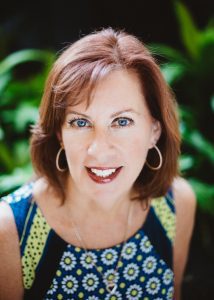 Rachel Hauck is the New York Times, USA Today and Wall Street Journal best-selling author. Her book The Wedding Dress was named Inspirational Novel of the Year by Romantic Times Book Reviews. She is a double RITA finalist, and a Christy and Carol Award Winner. Her book, Once Upon A Prince, first in the Royal Wedding Series, was filmed for an original Hallmark movie. Rachel will keynote and teach at the 2020 Summer Coaching Conference, August 17–20. 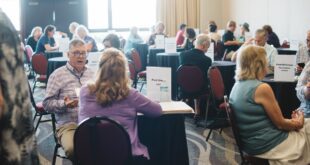