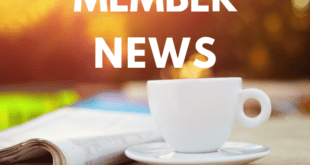 Charles Earl Harrel has a story titled, “Heavenly Messenger,” coming out in Chicken Soup for the Soul: Believe in Angels. The release date is January 25, 2022. It’s an amazing story about an angelic encounter that occurred on Hwy 26—about halfway between Sandy and Gresham, Oregon. Both he and his wife, Laura, witnessed it.

Linda L. Kruschke had an article, “God’s Relationship Plan,” in the Winter/January 2022 issue of Divine Purpose magazine. Four of her poems were included in A Given Grace anthology, and she read two of them plus a Christmas poem as part of the Poetry Festival Singapore, which you can watch here. She also signed a contract to write seven devotionals for The Quiet Hour, published by David C Cook.

Jennifer Anne F. Messing was chosen from among many published poets to be the “Featured Poet” for the 2021 annual poetry anthology entitled Startled by Love, a collection of new poetry in traditional forms. It features several poems by Jennifer Anne, and those written by poets from the US and around the world. It’s available for purchase on Amazon, Barnes & Noble, and other bookstores. More information about the book can be found at https://www.amazon.com/author/jenniferannemessing.

Dan Wagner released his book God Expects! What our Creator God expects of His Creation last month. With God’s proclamation of “Let there be light,” He began His creation of the world we live in and everything else. God, as Creator, has a plan for His creation. Discover the beginning of God’s expectations and see our responsibility, accountability, as well as the consequences both individually for us and corporately for the Church. Available on Amazon at https://www.amazon.com/God-Expects-Creator-expects-creation/dp/B09M79KK9P/ref=sr_1_1?crid=G0W8CPJABIXD&keywords=dan+wagner&qid=1639351588&sprefix=dan+wagner%2Caps%2C345&sr=8-1.