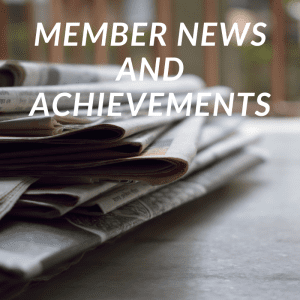 Gail Denham, of Sunriver, has had several poems published in Quill & Parchment. And she placed both first and third in the Tennessee Poetry Society Contest. Her poem “Walsh Lake” is being used in the Highland Park Fall/Winter Muse. She placed second in a Poets/Patrons contest and first in a Lomp, Minnesota contest. Several of her poems have been in Pennessence (Pennsylvania) and the Tennessee Voices 2018–2019 Anthology. She also won prizes in Arizona Poetry Society’s monthlies. And she came in first and third in the National Poetry Society Contest.

Lynn Hare, of Portland, will share a message called “The Quest for Self-Forgiveness” on Saturday, January 18, from noon until 2 at a free luncheon at Gateway Church in NE Portland. The luncheon and program are hosted by Abuse Recovery Ministry & Services (ARMS). Lynn was the opening and closing speaker at The Third Awakening Conference in Nashville, Indiana, in November. On December 5, she taped two God Encounters TV shows—called “Women Making a Difference”—on the topic of prayer.  She has an article in the December 22 edition of LIVE, “Blue Bendy Straw Christmas,” about the miracle of finding Christ’s life when she faced life-threatening blood clots two years ago.

Geneva Iijima, of Oregon City, has six devotionals in the December through February issue of God’s Word for Today.

Kathleen Kohler, of Sultan, Washington, and Marty Magee, of Mill City, have devotionals in the winter edition of The Secret Place.

Marty Magee, of Mill City, has pieces in two publications next month: “All Things” in the January 12 edition of LIVE, and “The Candy Bar” is the January 30 devotional in The Secret Place. She also noted that Lynn Hare, of Portland, and Yvonne Kays, of Bend, have articles in this quarter’s LIVE.

Jennifer Anne Messing, of Portland, received an email acceptance from the editor of a (paying) inspirational print magazine by MennoMedia that her poem “New Tomorrows” will be in their August 2020 issue. She was pleased that the editor asked her to submit more of her writing work too.

Darlene Panzera, of Belfair, Washington, has her novella, “Hearts Sewn with Love,” included in the Sew in Love collection by Barbour Publishing that released December 1st. Her story is a Christian historical romance set in 1850 during the California Gold Rush.

Rachel D. Russell, of McMinnville, is thrilled to share that she signed a contract with Sunrise Publishing for two contemporary inspirational romance novels to be set in Susan May Warren’s Deep Haven world. Releasing in 2021. https://sunrisepublishing.com/introducing-our-2020-deep-haven-authors/?fbclid=IwAR2AQdeLMJKBGK5LGteyh_62O-z3caFNbhyHGkhRmqTEYqrTq9hgsONtNso

Katie Powner, of Manhattan, Montana, announces that her debut contemporary novel The Sowing Season will be released by Bethany House in October 2020.

Kristen Joy Wilks, of Peshastin, Washington, found out recently that her book Spider Gap won first place in its category in the 2019 International Digital Awards. Her book was published by Pure Amore an imprint of Pelican Book Group. Here is the website for more information: https://okrwa.com/contests/international-digital-awards/winners/.

Peg Willis, of Pendleton, recently released Under Emmie’s Island, a Christian fiction, an adventure/coming of age story, as both a paperback and e-book (both available on Amazon). It’s appropriate mainly for middle school readers. Three teen cousins camp out on an island for a few days. They find that a cave they discover links to a tunnel—a lava tube—leading under the river and across town. But who has left the footprints they find in the tunnel? Why does the tunnel lead to the courthouse? And what does an old poem they find in the attic have to do with it all?