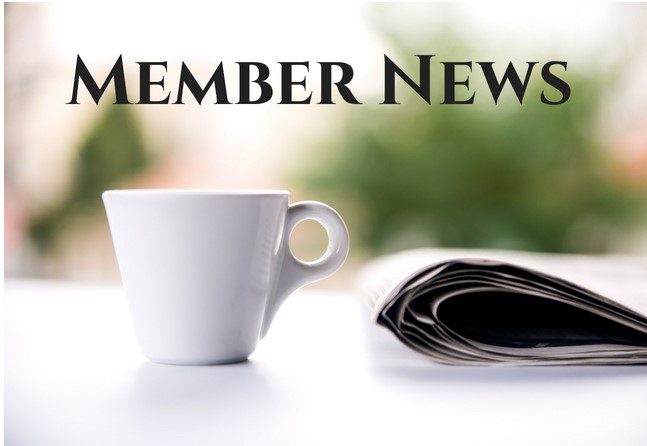 Laura Bradford, of Walla Walla, Washington, reports that two of her stories are in the winter quarter of LIVE. “Diamonds from Heaven” will be in the January 6 issue, and “More Than a Coincidence” appears in the February 24 issue.

Xochi Dixon, now settled in Fond du Lac, Wisconsin (after a move from California), is once again sharing a weekly devotional at www.xedixon.com. Her ministry page on Facebook, Write to Worship with Xochitl E. Dixon, shares encouragement, prayers, and Scripture-based memes for writers, guest posts, submission opportunities, and writing events. As a monthly contributor to Our Daily Bread, a print devotional, her next offerings will be “Plight of the Crawdads” in January and “Love Changes Us” in February.

She contributed “Beautifully Imperfect” to a compilation, Second-Chance Dogs, published by Revell in October. “Emma’s Dancing Shoes” will appear in the January 27th issue of LIVE magazine. Her article “The Restoring Community: the Church’s Healing Role in a Hurting Body” is in the winter issue of Church Health Reader. And her first full-length devotional, Waiting for God: Trusting Daily in God’s Plan and Pace, will be published by Discovery House in Fall 2019.

Darlene Ellis, of Oregon City, has an article, “Christmas Comfort and Joy” in the December 9 issue of LIVE.

Mary Hake, of Terrebonne, has her piece, “From Depressed to Blessed,” in Moments with Billy Graham. Her poem in the winter quarter of LIVE is an acrostic, “Christ Has Come.”

Charles Earl Harrel, of Portland, has a story, “The Familiar Fisherman,” coming out in Chicken Soup for the Soul: Messages from Heaven and Other Miracles (101 Stories of Angels, Answered Prayer, and Love That Doesn’t Die). The publication date is January 8, 2019.

Lydia Harris, of Lake Forest Park, Washington, has her story, “God’s Lullaby,” in the current quarter of LIVE. Her “Christmas Prayer Countdown” was in a November issue of LIVE. She also had a book review in the November/December issue of Christian Communicator. One of her stories was in the recently released Moments with Billy Graham. And one of her recipes was in the November issue of Clubhouse Jr. Lydia and her husband, Milt, each had a devotion in the July/August edition of The Upper Room—“Humble Hearts” (Milt) and “The Gift of Prayer” (Lydia). Her main focus has been on her cookbook for grandmothers to use with grandkids: In the Kitchen with Grandma: Stirring Up Tasty Memories Together, (Harvest House), scheduled for an August 2019 release.

Geneva Iijima, of Oregon City, has two stories in LIVE during the current quarter, “Unexpected Christmas Guests” in a December issue to and “How to Survive the Death of a Spouse,” in a February issue.

Marlys Johnson, of Bend, has her story, “Accepting with Grace,” in Chicken Soup for the Soul—The Best Advice I Ever Heard, which released in early November.

Rebecca Olmstead, of Walla Walla, Washington, just released an inspirational memoir, Loved So Much, It Hurts: Purpose in the Pain, the story of her life-transforming journey through
cancer. It was published by Xulon Press and is available at xulonpress.com, Amazon, Barnes & Noble, and her website, www.rebeccaolmstead.com. The book trailer can be viewed on her website, as well as YouTube, Godtube, and WatchGodWork.com.

Darlene Panzera, of Belfair, Washington, is excited to announce that her new children’s book, Riki and J.R.: The 1/2 Eaten Apple Tree, released November 20th. She wrote the story and her daughter, Samantha, created the full-page color illustrations. This is the second in a self-published series based on their own horses. Also, her novella, “The Groom She Thought She’d Left Behind,” is part of The Runaway Brides Collection by Barbour Publishing, which releases January 1st.

Cecilia Ranger, of Powell Butte, has a new book out, this one for busy people who are trying to thread a spirituality into a very demanding life, Spirituality on the Run. https://amzn.to/2AmbYfA

Dawn Shipman, of Ridgefield, Washington, has a story, “When God Taps You on the Shoulder,” in the December 30 issue of LIVE.

Jeri Stockdale, of Poulsbo, Washington, had her article, “Until Our Final Breath,” accepted for publication by Sherri Langton. It will be published sometime in 2019 in Now What?

Lyla Swafford, of Beaverton, received word recently that her piece, “My Father’s Surprise,” will be in the fall 2020 issue of LIVE.

Beth Vice, of Tillamook, was notified that her article “Road Trip Slow Down” will be a November 2020 issue of LIVE. Top of Form