The Exploits of Edna and Gertie

Home > Books > The Exploits of Edna and Gertie 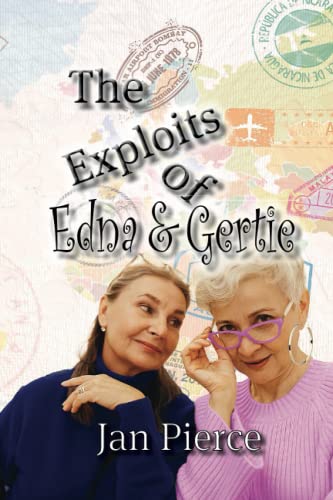 Edna Gratzer and Gertie Larsen have been friends since high school, a relationship five decades in the making. Edna has a loud, larger-than-life approach to life and loves a “good time.” Gertie is recently widowed and prefers her garden club to Edna’s Elk’s Club dances. Edna is boisterous, Gertie is sedate, but their friendship is rock-solid. Edna is determined to put a little pizzazz into Gertie’s quiet life. Follow their three most recent exploits in “Edna and Gertie Do Vegas,” “Edna and Gertie: A Seniors’ Cruise to Nowhere,” and “Edna and Gertie Ride the Range.”