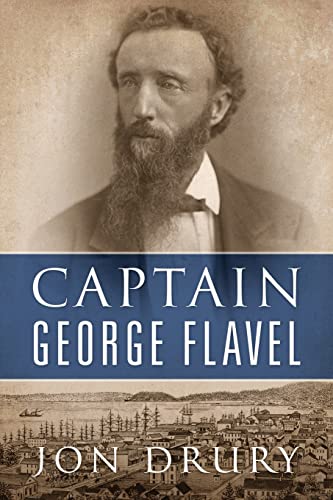 “Astoria is the gateway by the sea, and Portland is the gateway by land. I suspect that Astoria will not be quiet and obscure for long.” -George Flavel Astoria, Oregon, owes its existence as much to a little-known ship captain as its namesake, John Jacob Astor. Captain George Flavel happened upon the ramshackle village at the mouth of the Columbia River in the fall of 1849, bringing goods during the California Gold Rush. As he subsequently captained and piloted three different ships along the Pacific coast, he learned that the perilous Columbia River Bar, the “graveyard of the Pacific,” barred the entrance to most mariners. Hazards abounded. Tides and currents merged with the river’s flow, storms, and winds to produce towering waves and an ever-shifting bar-a living, breathing peril to lives, shipping, and cargo. But Flavel recognized that a wise and knowledgeable pilot could master this peril and possibly build a career and a future. On the basis of his knowledge and sailing experience, the State of Oregon commissioned Flavel as a pilot. Then appointed harbormaster by Astoria, Flavel and the piloting team he built successfully guided hundreds of ships into the port over more than thirty years. Marrying the daughter of his boardinghouse host, he built businesses on the waterfront and increasingly led in his community and on the city council and school board, and he devoted his personal and professional life to his adopted home. Jon Drury, upon discovering that no book had been written about one of the most influential persons in Astoria’s history, remedies that with this account, which showcases Flavel’s courage, inspiring character, and professional excellence. The Flavel House, a must-see in Astoria, showcases the captain, his career, and the home his family built in the community they loved.