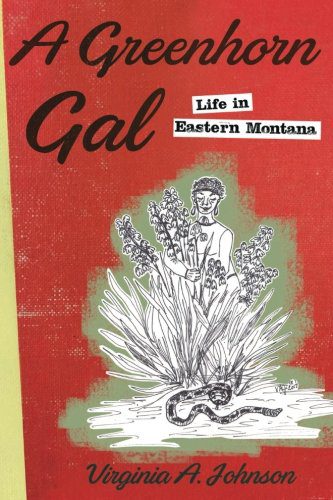 What does an Oregon born, city-bred and over-the-hill greenhorn gal do when she finds herself, and hubby, living part of their retirement lives in tiny Fallon, Montana? The woman hunkers down, tries to keep her mouth shut and learn the ways of eastern Montanans. While meandering down this dusty, rock-filled (watch out for rattlesnakes!) road of experiences, she takes notes. Those notes and observations, along with some tales told to her by others, slowly become a quirky little book. “A Greenhorn Gal: Life in Eastern Montana” is not meant to be a book stunning enough to blast the boots off the reader. It’s meant to be one woman’s view of life in a small dusty town, the place called home to many of her maternal relatives. It’s meant to give readers a chuckle now and again as they read each non-fiction short story or feel hunger pains as they graze through the recipes found in the second part of the book. It’s meant to give readers a chance to sympathize with or shake their heads at a woman who, during her life in Fallon, knows all too well she is one of Montana’s greenhorn gals.