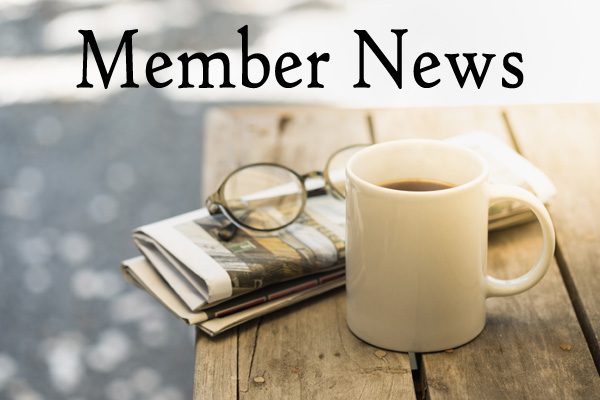 Susan Bates, of Beaverton, will have her devotional published on May 13th by The Upper Room on their website and in the May–June 2018 printed publication. The title of her devotional is “A Mother’s Legacy” and it is based on Psalm 146:2. Her mother passed away a couple of years ago, and she is thrilled this will be published in her honor!

Heidi Gaul, of Albany, just finished another testimonial for Good Catch Publishing. It will appear in a book that will be distributed discreetly into the unbelieving population. Plus, the first of three 365-day devotional books Guideposts has contracted her for (as a contributor) was released late last month. It is titled Every Day with Jesus—and every devotional includes a quote by Jesus. Heidi has 15 devotionals in it. To order, go to the Guideposts site https://www.guideposts.org/; it is not available on Amazon.

Charles Earl Harrel, of Portland and a retired Assemblies of God minister, is the featured Sunday writer in the March–May edition of God’s Word for Today. This is a daily devotional publication from the Assemblies of God. Several of our members write on assignment for them, but all the Sunday devotionals in each issue are written by a pastor and are available free online at ag.org/top/devotional/index.cfm.

April McGowan, of Newberg, is a finalist in the Grace Awards, which are reader-driven awards. They bill themselves as “the little engine that could” in the field of Christian fiction awards, and this is their eighth year. April’s book Hold the Light is one of three finalists in the Romance/Historical Romance category.

Nora Peacock, of Newberg, has an article about the ministry of “Safe Families” in the April edition of Christian News Northwest. Arlen and Nora Peacock mark their 50th anniversary on April 20. They thank OCW for the years of training in the craft of writing, which they now enjoy as a couple in their golden years.

Jill Williamson, of Ridgefield, Washington, has once again had her website, www.goteenwriters.blogspot.com, voted in the top 101 websites for writers by Writer’s Digest magazine.

These members have articles in the April issue of The Christian Journal: Mary E. Brown, of Portland; Jon Drury, of Vancouver, Washington; Annika Klanderud, of Dundee; and Jan Sheerin, of Bend.

Some of our members, including Nora Peacock, of Newberg, will be speaking at the Friendsview Retirement Community in Newberg as a run-up to the writing contest the community is sponsoring for their 500 residents and staff members.